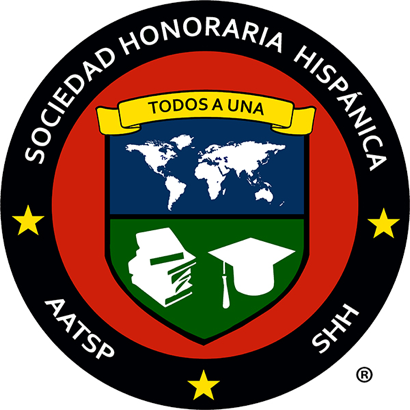 The Sociedad Honoraria Hispánica (SHH) is an honor society for high school students enrolled in Spanish and/or Portuguese, sponsored by the American Association of Teachers of Spanish and Portuguese (AATSP)

The SHH was formally organized as the Spanish National Honor Society in 1953. The name was changed to Sociedad Honoraria Hispánica in 1959. At present, there are over 2,500 national and international chapters of the SHH.

Oxbridge Academy will use the following process to determine selection into our chapter of the Sociedad Honoraria Hispánica (SHH). The process used at Oxbridge Academy reflects the recommendations of The American Council of Teachers of Spanish and Portuguese (AATSP), which is the governing body of the SHH.

Selections for membership in the Sociedad Honoraria Hispánica (SHH) are made by the SHH advisor and the cabinet. The criteria for membership are Character, Leadership, Honesty, and Commitment. Information about prospective members is gathered primarily from the SHH application, teacher recommendation, and grades. After careful consideration of the candidates in all respects, the Chapter Advisor will then send acceptance letters to the ten students selected.

Mid-February: Chapter Advisor, along with the president of the chapter, will go to the Spanish classes and explain the process. Applications and a sign-up sheet will be given to interested students in each class. Signing up does not guarantee acceptance.

Beginning of March: applications are due.

End of March: decisions letters will be mailed home to the student

Mid- April: Induction date will be set, and invitations to the ceremony will be sent to the parents of future inductees.